Ariège is a destination whose soils are rich in minerals, which the populations have exploited for centuries, thus supporting and settling thousands of people in the valleys of Ariège. The extraction of minerals, the exploitation of our rivers via mills or hydroelectric power stations, the construction of dams, the production of paper made the economy of the Ariege valleys turn until the middle of the XNUMXth century.rd century.

The biros or auzat valleys have long lived to the rhythm of the extraction of lead, zinc, or even iron. The Bentaillou and Bulard mines are the perfect example: reference mining sites located between 1650m and 2070m above sea level, zinc and silver lead were extracted from 1850 to 1950.

Bulard was also called Macchu Picchu, and was the highest mine in Europe. The 6 shafts of the mine provide an extremely rich ore which justified their exploitation. In 1907, the Bentaillou mine employed more than 500 people who came to settle in Biros, mostly men, whose children found themselves in school in Sentein, which then welcomed more than 200 students.

From the end of the First World War, the decline was announced. The depletion of minerals, the operating costs due to the altitude of the deposits, the rural exodus will be the reason for these operations ...

The rancid mines from the Sem valley (Goulier) have exploited the iron of the 19km long basin along the Pic de Rizoul (Goulier), since the Middle Ages. Iron has also been exploited in Lercoul, Miglos, Larnat and even Château Verdun. In modern times, the iron mine is developing to become the most important operation in the French Pyrenees. It was in the 1930s that the mine closed, following an accident, reconstruction work making the business unprofitable in the face of increased competition from other mines discovered.

These sites have fallen into oblivion, but the prowess of the constructions, and the history behind them still fascinate hikers.

Talc has always been a part of human life, with Cro-Magnons already using it for cave art thousands of years ago. In Luzenac, it's an exceptional spectacle that unfolds before the astonished eyes of visitors: the largest open quarry in the world. At an altitude of 1800m, it produces more than 400 tons of talc per year, which go to the 000 corners of the planet! This shows that Ariège is rich in minerals!

The torrents and dam lakes as for them, are used to feed the mills and the hydro-electric power stations which are formidable places of visit, on the history of the exploitation of water in the Pyrenees. From Foix to Orlu, visits to these sites are fascinating and will amaze more than one!

The first works of marble exploitation in the Couserans date back to Roman times, and since then, Aubert à Moulis marble is always a dream. Rare and high quality marble, contrasting black and white, it adorns the greatest monuments in the world, from the Hagia Sophia in Istanbul to the Invalides in Paris via the Roosevelt hotel in the United States.

Discover all the places to visit! 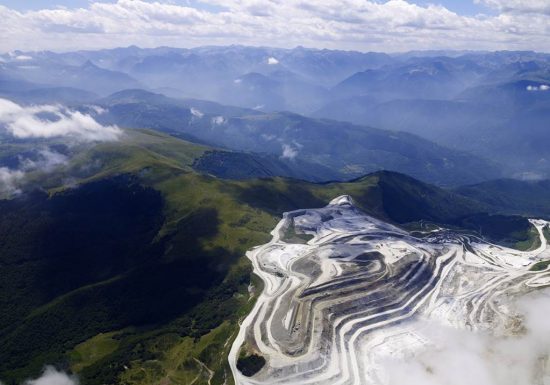 MUSEUM OF TEXTILE AND THE HORN COMB