Nestled at the crossroads of Aude, Ariège and Haute-Garonne, the Bastide of Mazères is one of the many architectural gems of the destination. From prehistory to the wars of religion, this village has a rich history and the imprint of its past is found behind every stone of its buildings. Only 30 minutes from Toulouse, we note the influence that the pink city in Mazères, a country house characterized by its famous " Red bricks ».

Archaeological research and excavations on the territory have shown that man was already established in Mazères since the prehistory. A few centuries later these are the Gallo-Roman who settled there.

But it was in 1129 that the history of Mazères takes a considerable turn with the establishment of Benedictine monks and the construction of the Abbey in the Boulbonne forest. In 1253, thanks to the important influence of the Abbey in the South, the Count of Foix signed a charter of paréage and this is how the Bastide de Mazères was born.

After a glorious period due to the Pastel culture, the wars of religion lead to the annihilation of many monuments dating from the XIVth XVIth century, including the Abbey of Boulbonne itself. Today, the town of Mazères is still rich in monuments, these having been built in the XVIIIth century, after the wars.

Find all the history of Mazères at Ardouin museum !

Mazères is above all a small typical country house, which echoes the city ​​of Toulouse with its buildings adorned with Red bricks. We appreciate it for its little ones half-timbered houses, its beautiful mansions, Its halls, in short for its original architecture, with regard to the other essential cities of Ariège: the parish church, the hall adjacent to the church, the cutlery with half-timbered houses, the former residence of the Abbots of Boulbonne which has become the town hall, the former Dominican convent, the remains of the medieval bridge and the Hers bridge.

During the months of July and August the Portes d'Ariège Pyrénées Tourist Office offers travelers to visit the Bastide de Mazères with an expert in the area. The perfect plan to find unusual little anecdotes about the city, but also to learn more about its rich history.

A festive and warm city

We also like Mazères for its summer atmosphere between music, markets and historical festivals. Every year, some revelry are invited to the Bastide:

To discover in Mazères and its surroundings 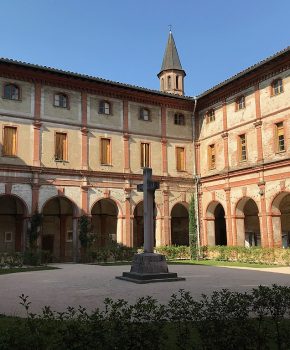