Emblematic summit of the Pyrenees chain, Mount Valier and its state reserve are at the heart of Regional Natural Park of the Ariège Pyrenees. Culminating at an altitude of 2 meters, it is the lord of Couserans in the heart of the Ariégeois. Visible for miles around, we can clearly see it from the plains of Haute-Garonne and from Toulouse. It emerges in the south as evidence on the undulating chain of the Pyrenees by its shape which stands out from other peaks and which makes it recognizable among all.

The Mont-Valier Reserve, a preserved area since 1937

Territory preserved in Natura 2000 zone, the national reserve of Mont Valier offers an exceptional diversity in its landscapes, its fauna and its flora.

Forests, summer pastures, lakes hidden on the mountainside, waterfalls and glaciers are home to many remarkable protected species. Here come together desmans, chamois, bearded vultures, capercaillie or even griffon vultures as well as many plants such as the lily of the pyrenees, gentian or ashy geranium.

The Mont-Valier Reserve has been managed since its creation by the National Forestry Office.
The objectives of the Reserve are as follows:

Nestled on the east face of the Valier, the Arcouzan Glacier is the smallest and most eastern in the French Pyrenees. A vestige of glacial history, it is one of the only glaciers studied which remains in relatively good conservation despite global warming. It is sometimes called the "Tough little glacier in the Pyrenees".

How to observe the diversity of the fauna and flora of the reserve?

The only way to see wildlife and enjoy the scenery is hiking. A network of trails exists in the massif!

True emblem of Couserans, many are those who embark on the ascent of Mont Valier to take in the view! The hike, for most walkers, is done in two stages, with a break at the Estagnous refuge. There, the atmosphere is fascinating.
Whether at sunset or sunrise, magnificent colors oscillate in the sky. Sometimes the sea of ​​clouds comes to settle down and the view is all the more magical.

Other beautiful itinerant hikes are available to hikers:

Many accommodations for hikers allow roaming over several days. Located at the bottom of the Ribérot valley, at the foot of the Valier, La Maison du Valier, to the east the Esbintz gîte, to the west the Eylie gîte then the Araing pond refuge, and finally on the access road to Mont Valier, the Estagnous refuge.

To prepare for your visit to the reserve 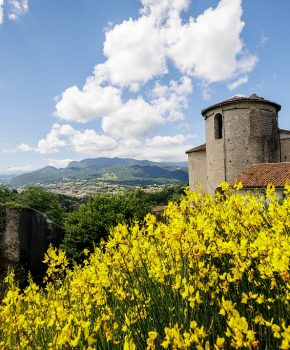